With Acoustic Voices: A Guitar Podcast, Fretboard Journal and Breedlove Guitars launch a new audio venture exploring the world of acoustic instruments from the vantage point of passionate builders and musicians in the Breedlove family. ‘This is a collaboration like no other,” says Fretboard Journal publisher Jason Verlinde, who will produce and host the monthly podcast—”a deep dive into what makes one of the musical instrument world’s most innovative and sustainable brands tick.”

View all available episodes below. 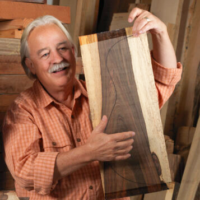 Tom Bedell caught the guitar – and business – bug early. He was a successful guitar teacher, guitar importer and guitar store owner while he was still in high school. He’d go on to attend college, work as a political consultant, and successfully grow his family’s fishing tackle business into an empire. Bedell’s love for guitars never waned, though, and in 2010 he purchased Breedlove.

For the debut episode of Acoustic Voices, we talk to Bedell about his upbringing, the challenges of running a boutique guitar company in 2021, his hope for the future, and about his commitment to the environment when it comes to their wood choices. Michael Eck also joins us for a Breedlove history lesson and an homage to small-bodied parlor guitars. Guitarist Chris Arndt is a throwback of sorts: An early obsession with classic rock had him sitting in with bar bands while he was still in elementary school. Today, he’s one-half of the brother-sister duo, Jocelyn and Chris. With a few stellar albums already under their belt, they’re navigating the music industry in a thoroughly unique way.

For our second episode of Acoustic Voices, Chris talks to us from his home in upstate New York. We chat about the influences they had growing up, the live stream concerts he and his sister have produced during the pandemic, his current music obsessions and more. Of course, we also talk guitars. Plus: Michael Eck walks us through the history of the dreadnought. As interest in domestic guitar woods reaches an all-time high, we talk to Oregon-based Cyril Jacob, who handpicks the unique Oregon myrtlewood that Breedlove Guitars uses for their instruments. Every day, Jacob is on a virtual scavenger hunt: traveling through the Pacific Northwest sourcing fallen trees and trees that have reached the end of their life cycle.

Dive into the world of Myrtlewood with us! Ingenuity. We love it in our guitars and in our musicians. For this episode, we talk to a pair of artists who may not be on your radar yet, but will be soon: the Native Heart’s Jon Torrance is a fanatical music educator and musician based in Michigan. He relishes the new, whether it’s genres, covers, or skills like video editing. We then check in with Santa Barbara, California singer-songwriter Conner Cherland, a young artist with a knack for writing songs… a lot of songs. He talks about his unique and prolific creative process (“When you’re failing constantly, you want to get better quickly”), his favorite Breedlove guitars and a lot more. What is a sustainable tonewood? What does FSC-certified actually mean? What is the current situation with wood being harvested from tropical forests? On today’s Acoustic Voices Podcast, we learn the answers to those questions and a lot more from Nicholas Weber, the founder of Guitar Tonewoods. 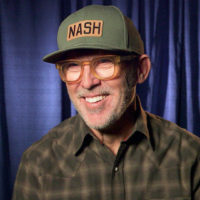 These days, Lloyd Baggs (LR Baggs) is synonymous with great acoustic guitar pickup systems. But it hasn’t been easy. This self-taught tinkerer – who started building one-of-a-kind acoustic guitars for legendary musicians in the ’70s and early ’80s – only turned to sound amplification after an eye-opening experience with Ry Cooder. “[After that] I spent so much time thinking about pickups,” he remembers, “I stopped building guitars.

It’s a fascinating conversation with one of the music industry’s true pioneers.